The History of Coffee News – By Jean Daum. 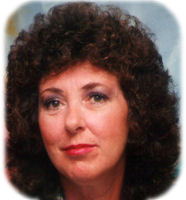 Coffee News’s predecessor was a community newspaper I designed in 1982.   It was designed to kill a very specific recession happening in Charleswood – a bedroom community of Winnipeg (Manitoba, Canada) that was on its way to becoming a ghost town.

One in every four stores in its business district were empty and abandoned with the rest losing money hand over fist and hanging on for dear life.   New businesses that could have revitalized the area were notoriously short-lived – they came and went within their first month!

To business, Charleswood was sheer poison. Why? It was a bedroom community as no-one drove through Charleswood on their way to work so all businesses depended on residents to shop at their stores.  Residents had very little community spirit and were not about to “support” businesses they thought HAD TO BE over-priced and with less selection than they had been lead to believe was available elsewhere, by Charleswood’s only community newspaper – Metro One – from St. James which is across the river.

It doesn’t take long for a business to lose enough customers that it can no longer pay its bills.   Then, it’s too late to advertise because advertising is a cumulative effect, not a “one ad wonder”!

In the end, businesses in trouble were filling their windows with 50 – 75% off sale signs – hoping for any kind of money coming through their door that would keep their suppliers and worse, their banker at bay. Being a high-brow community, nothing turned residents off as much as a “sacrifice sale” so in a week or two, we’d notice the “Bailiff Seizure” sign on the door and say to ourselves, “Thank God he’s gone”.   It was depressing to have such people in our community – even if they’d been there for years.

I got shocked out of this general attitude when I was forced by my husband (who was renting the hall for dance lessons) to volunteer as Publicity Chairperson for Varsity View Community Centre.   Part of my job was to sell advertising for the newsletter which forced me to talk to business people in my community. Couldn’t get around it…I HAD to go into stores I had never shopped at as a resident.

It never occurred to me the sacrifice these business owners go through just to do business let alone the horrors of losing everything they own when they fail.   I didn’t do very well selling ads to support the community centre but it did convince me that if I didn’t do something – no one else was even concerned enough to try.

My newspaper lasted two and a half years and in that time I was able not only to re-establish 100% thriving occupancy in the Charleswood Business Community, I completely reversed the established 80% failure rate of new business to a success rate of 80% with the majority of business expansions in this previously named “poison area” due to the success of new business in the area.

I had also created such a fervor of community spirit that all three community centres that where previously dying from a lack of support had to greatly expand their existing facilities.

My newspaper died a very undeserving death at the hands of the Post Office which decided my profits from inserts, which were subsidizing my ad rates, was now going to be 60% of my costs.  I lost everything I owned and tried to keep my newspaper going until the final decision from the Post Office – 3 months and $25,000 in debt later.

It took me years to recover personally but if you notice, Coffee News is not delivered to homes.   I had to find a new delivery source and restaurants were perfect since the majority of people who go there are people with extra money to spend.  Add in a fast-read, restaurant format & affordable ad rates…It was perfect for new businesses with little money to spend.  It was the same great business building ad results that practically rebuilt the entire Charleswood business community – and the rest is history.

Coffee News was the ULTIMATE RECESSION BUSTER but this time, everybody – even me – is well into the black. It feels great to be a volunteer working towards something that will change the lives of so many people for the better but to be able to KEEP doing these good deeds for many, many years, it can’t be done as a personal unpaid volunteer effort as my newspaper was.

It HAS to be well paid to be forever self-sustaining and that’s the most important lesson I learned from the demise of my newspaper.  Now, 22 years since Coffee News began, many hundreds of towns and cities in THIRTY COUNTRIES are being personally revitalized by hundreds of caring Coffee News publishers who too, single-handedly, believe they can make a difference in their own community – for many years to come.